Welcome to my blog!

I have been using another blogging site but thought it was now time to integrate it into my own website so I hope you will subscribe to it as I try and do at least one post a day for a 365 day challenge!

If there are any procedures or tips you would like to see, just get in touch!

I hope you all had a great weekend! I had fun making this Birthday card and have written down how I made it below.... 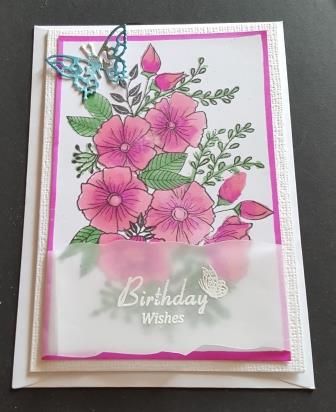 How I made this card:-

And there you are a really pretty card that would be lovely to receive!

Products that you will need to make this card:-

Designed by Fiz of Fizzy Designs 2020